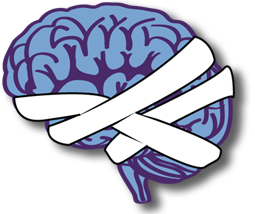 This might create the impression that a concussion is a "mild" injury, not worthy of much concern. However, concussion makes the brain vulnerable to further injury with serious, long-term consequences.

Although the concussion itself may be minor, the greatest risk comes afterward, depending on how the injury is managed. You can’t prevent a concussion, but by managing a first concussion with rest and time to recover, you can prevent subsequent concussions and the serious risks they entail. 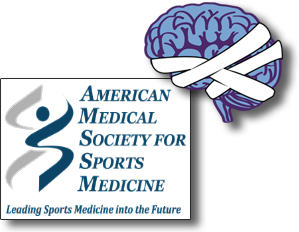 The American Society for Sports Medicine defines concussion as:

The American Academy of Neurology defines concussion as:

A clinical syndrome of biomechanically-induced alteration of brain function.

The definition of concussion

The Berlin 2016 expert panel modified the previous CISG defini¬tion as follows: Sport related concussion is a traumatic brain injury induced by biomechanical forces. Several common features that may be utilised in clinically defining the nature of a concussive head injury include:

The clinical signs and symptoms cannot be explained by drug, alcohol, or medication use, other injuries (such as cervical inju¬ries, peripheral vestibular dysfunction, etc) or other comorbidities (eg, psychological factors or coexisting medical conditions).

They further clarified the use of biometric devices for identifying head-force exposure (e.g., accelerometers):

“Although current helmet-based measurement devices may provide useful information for collision sports, these systems do not yet provide data for other (non-collision) sports, limiting the value of this approach. Furthermore, accelerations detected by a sensor or video-based systems do not necessarily reflect the impact to the brain itself, and values identified vary considerably between studies. The use of helmet-based or other sensor systems to clinically diagnose or assess SRC cannot be supported at this time” p.2. 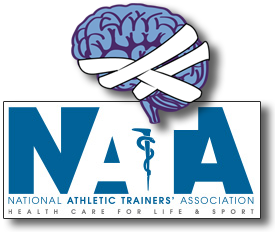 The National Athletic Trainers Association Position Statement 2014 chose to use the American Academy of Neurologyâ€™s definition of concussion — a “trauma-induced alteration in mental status that may or may not involve loss of consciousness.”

This definition was selected based on its broad application by medical organizations and widespread use within the literature.... Notably absent from the literature and consistent with previous recommendations were the terms ding, getting one’s bell rung, clearing the cobwebs, and other such phrases . . . These colloquial terms are antiquated, minimize injury severity, and should not be used to refer to concussion or mild traumatic brain injury.